A Boy’s Journey to a Strange Land 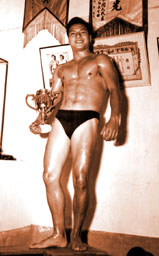 Young Chow Tai-Wai’s life was changed forever at the age of ten, near his home in Shanghai, China, when he was set upon and beaten up by a group of bullies. It was then that he vowed never to be a victim again and also to do all within his power to prevent others from being victims. He plunged then into bodybuilding, a pursuit which would later earn him the title of “Mr. Hong Kong”. Knowing that sheer strength was no match for skill, he also dedicated himself to a lifetime study of martial arts. In years to come, these skills would earn him worldwide recognition as a judo champion and as technical director of the Emmy award-winning television series Kung-Fu.

Still in his teens, he left Hong Kong. His father handed him US$2,400 for his college education, and some valuable advice which would serve as his inspiration and guideline for the rest of his life: “measure the depth rather than the length of one’s life… “Already a visionary, Chow Tai-Wai wanted to come to America. In a few months, through careful investments, the teenager who had a precocious knowledge of economic principles increased his funds by over 700%… His goal of an American education was now in his grasp… His overwhelming adventure was about to begin…..

When asked about the frightening experience of arriving alone on American shores, David explains “There are two types of plants, indoor plants and outdoor plants… If you are an indoor plant, you are nurtured and care for, but your roots don’t grow. If you are an outdoor plant, you experience and survive blizzards, winds and chilling colds, but your roots grow deep and strong, and in turn, you are able to benefit others. You provide fruits to the needy, shelter for small animals… children can play in your branches, and the elderly can rest in your shade. I was resolved to become a tree… “At his arrival in Los Angeles, instead of simply enrolling in high school, David took the college board exams with 320 adult applicants, and was one of the nine who passed! This earned him admission to UCLA. After graduating, he went on to earn his master’s degree in economics from USC. 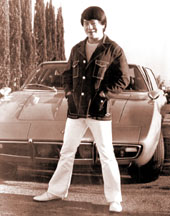