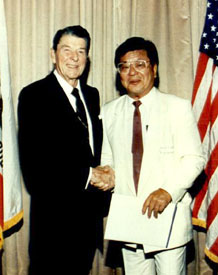 David quickly put his business acumen to work, and was able to retire while still a young man… “By retire,” he clarifies, “I don’t mean I no longer worked for a living. I mean, I no longer had to work for a living… “From that independence, he decided to devote his time to projects that would be meaningful to mankind. Since then, the very cornerstone of his existence has been benevolence. “You know the thongs you wear when you go to the beach, wash your car or mow the lawn?” he inquires with a smile. “Those were my first imports into the United States. I was so tired of seeing people have to cut up perfectly good tennis shoes. ..” Everything David gets involved in must be of benevolent nature. “It’s true that I have enjoyed financial success, but I only consider this a by-product of my desire to be of service to mankind.” Following this inspiration, David went on establishing one of the first air and water pollution control companies in the U.S., and one of the first personal computer firms. He and his brother developed natural flavors for food and beverages to replace chemical additives.

Once he had achieved financial security, David was free to pursue his dreams. He became an accomplished, award-winning photographer, and a title shooting champion. He continued teaching his beloved martial arts, and to date has had nearly 3,000 students… As an actor, he appeared in countless motion pictures and television series. Many credit his expertise as technical director of the Kung-Fu television series for bringing that series to the top of the rating charts. His book, Kung-Fu-History, فلسفه, and Techniques continues to be a top seller. که در 1984, he held the position of Television Liaison Director for the Los Angeles Olympic Games and coordinated the television networks, the venue, and the teams. With all these incredibly fulfilling achievements to his credit, David has definitely been happiest when he could be of service to others, like when he served as a volunteer with the Los Angeles County Sheriff’s Department. 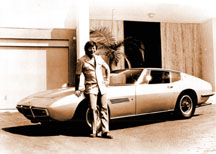 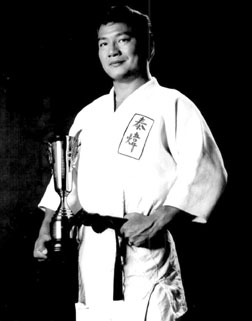