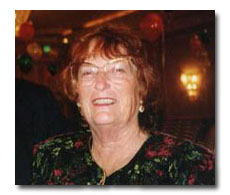 Lorraine Rosenthal co-founded the Cancer Control Society (CCS) که در 1973 and has brought life-saving information to thousands of patients and their families. The CCS’s mission is to prevent and cure cancer and other diseases through nutrition and non-toxic therapies. From amygdalin to zinc, the CCS distributes literature, books and videos on alternative medicines and cures for various diseases and is proactive in giving direction and hope to people in need. 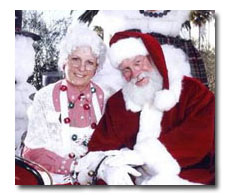 Jim and Ann Steinmetz created a ministry, Claus for a Cause, to raise money for the Breast Cancer Angels Foundation. All monies donated from the heart warming visits of Santa and Mrs. Claus available. All monies donated for their Santa visits help women that have breast cancer. 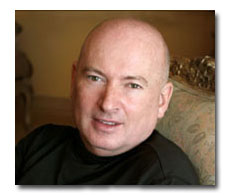 Bruno Serato, the owner of the Anaheim White House Restaurant provides over 300 meals daily to homeless children who belong to the Motel Outreach Program. به روز, he has served over 350,000 meals.
For the past 20 سال, Bruno Serato has raised and donated close to ten million dollars and has hosted fund-raisers for over forty charitable organizations that include:
-The Boys and Girls Club of Anaheim
-Paint Your Heart Out (home renovation for the elderly and infirm)
-Meals on Wheels (Charity Chef Competitions)
-Cops for Kids (keeping kids off the streets)
-Assistance League of Anaheim
-Motel Outreach Program
-The American Cancer Society.

Sang Man (Sam) Han has dreamt to dedicate a foundation in honor of his father, دکتر, Arthur E. Schneider, to carry on his legacy of support for disadvantaged children around the world. After being diagnosed with incurable cancer, Multiple Myeloma, آقای. Han decided to achieve his dream by establishing the Han Schneider International Children’s Foundation, a charitable organization, to provide basic needs for the orphans around the world. The foundation has been created to focus attention on the desperate plight of destitute children everywhere.

The foundation’s purpose is to realize the vision of its founder, Sang Man (Sam) Han, once an impoverished orphan in Korea, which is to establish the necessary infrastructure that will enable an ongoing supply of food, medicine and clothing to save the lives of defenseless children living in the squalor of distressed orphanages world-wide. 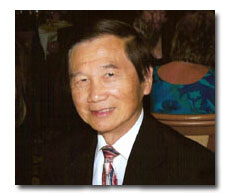 دکتر. Benjamin Lau spends from 2 to 4 months each year in China training health workers how to prevent and reverse killer diseases (heart attack, stroke, and diabetes) that are rampant in China today. دکتر. Lau, along with his wife, conducted community health seminars in villages and cities reaching more than 10,000 people. They also raise funds to establish organic farms and training centers to teach organic farming. 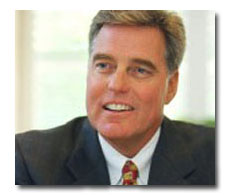 Swim With Mike is an annual swim-a-thon held to raise money for the Physically Challenged Athletes Scholarships Fund. Established in 1981, the swim was organized by friends and teammates on behalf of Mike Nyeholt, a three time All-American swimmer, who was paralyzed from the chest down following a motorcycle accident suffered in January of 1981.

Inspired by the overwhelming support, آقای. Nyeholt decided to swim to raise money for the other disabled athletes. آقای. Nyeholt now co-chairs the organizing committee for the annual event, which has raised more then $10 million and provided over 100 scholarships to physically challenged athletes at 45 universities from Washington, DC to Honolulu Hawaii. 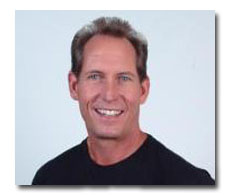 In August of 2009, آقای. Fondy created the Stars Among The Angels Foundation that increases the awareness of the foster care system in Nevada and raises money for the Children’s Services Guild of Child Haven Organization.

Due to his humanitarian services, Mayor Oscar Goodman has declared November 22nd as “Jon Fondy Day”.

دکتر. Michael J. Signorelli is a man of character, experience and unfettered generosity. Michael was born in Louisiana and raised in Rhode Island. He was a college athlete; a member of the national debate team; and he is a Vietnam conflict veteran.

Michael is a staunch supporter of both children and their education. His efforts have already benefited hundreds of school children by providing much needed supplies and funds.