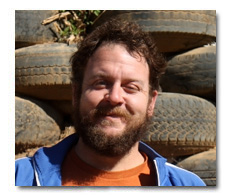 که در 2009, LWH began its most ambitious undertaking to date: the construction of a primary and vocational school using alternative methods and materials including rammed-earth and recycled tires. This school will expand the local capacity by up to 250 دانش آموزان, increasing educational opportunities in Comalapa. Currently most residents of Comalapa wishing to pursue education beyond middle school must travel to a city 25 km away. In January 2012, we welcomed our first students; that has led us to a successful 130 students currently enrolled at LWH from kindergarten to grade 10. Our continued construction has allowed us to increase the school’s capacity and expand the LWH family to high school students. This 2018 school year we are very proud to add 10th grade, the first year of high school, and we will be adding subsequent grade levels in the years to follow.

دکتر. Farideh Kioumehr Dadsetan is the Founder and Executive Director of the International Health and Epidemiology Research Center (IHERC), a non-profit organization dedicated to the research and prevention of epidemic diseases. As part of that mission, she established the innovative Anti-Violence Campaign for Peace project in 1994.

دکتر. Kioumehr Dadsetan received her D.V.M. degree from the University of Tehran. She continued her education at the University of Michigan, School of Public Health, in Ann Arbor, Michigan earning her M.P.H. and Dr.P.H. degree in the field of Epidemiology. 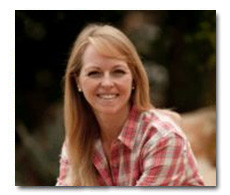 Megan Birney, President of Unite to Light. Unite to Light, شرکت, هست یک 501(ج)(3) nonprofit entity based in Santa Barbara, کالیفرنیا, which provides safe, inexpensive, long-lasting solar powered lighting to be used for studying, reading, medical procedures, and other purposes by individuals and families in developing countries all over the world.

In countries where their lights replace expensive and dangerous fuels, such as kerosene, Unite to Light ask recipients to buy their light, using a portion of their early savings. This approach maximizes the number of lights which can be made available. To the extent they are able, Unite to Light also provide lights below cost or as a donation in areas where it would be a hardship to pay for some or all of the cost of the lights. بر فراز 78,000 lights have been sent to 65 countries on 4 continents and the organization has distribution relationships with Rotary International, the Peace Corps and Direct Relief International, as well as a growing number of relationships with smaller distribution. 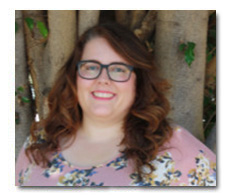 Brandi Revis lived with, mentored and counseled underprivileged homeless children. She elected to reside in a Boys Hope Girls Hope facility to help the homeless children on a daily basis. She was responsible for the operations of the home and creating a family-like atmosphere that supports the development of the full child. Her major responsibilities included: daily decisions regarding health, safety, and discipline of scholars in residence; physical, emotional, social, spiritual and academic development of scholars in residence; tutoring as needed; perform necessary tasks to run a home for scholars in residence (cooking, cleaning, shopping, driving); complete required documentation of scholar activities and understand all aspects of household budget and expense tracking. By counseling and mentoring these homeless children, many of them completed high school and applied to and were accepted by universities to continue their educations to become more productive, successful and happy members of society. 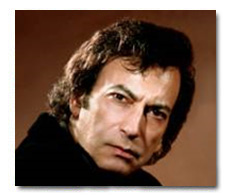 David Dubal is internationally known as a pianist, teacher, writer, broadcaster and one of the foremost Amarican painters of our time. An acknowledged authority on the piano literature, David’s highly acclaimed books include The Art of the Piano, The Essential Canon of Classical Music, Evenings with Horowtiz, Reflections from the Keyboard, and Conversations with Menuhin etc.

Recipient of the first ASCAP/Deems Taylor Award for broadcast journalism, David has won numerous other honors, including the coveted George Foster Peabody Award for innovative broadcasting. He served as Music Director of WNCN in New York from 1967-1990, and was also producer and commentator for innumerable special broadcasts. از جانب 2000, David has had a program “Reflections from the Keyboard” heard on WQXR.org worldwide (105.9 New York) and as well as “The Piano Matters”, a weekly program heard on WWFM.org highlighting the piano in comparative performance. 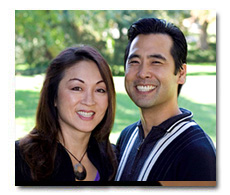 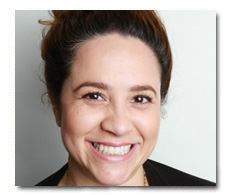 “People always told me, ‘I have all these orphaned earrings, and I don’t know what to do with them,’” says the Costa Rica-born, Nicaragua-raised Montalvan. “I was already helping an orphanage in Nicaragua, but I was putting a lot out of my own pocket.” She says she had just graduated and didn’t have a stable job yet, so giving back was taking too much out of her finances. “I emptied everything out of my jewelry box and made my first two bracelets out of my orphaned earrings,” says Montalvan. “One day it just hit me — how many women out there are just like me who save their orphan earrings? I’m sure they would be willing to donate. They need a home.” She says she made a one-time donation of almost $700 to buy the material needed to make the bracelets such as beads, crystals and string, but since then the non-profit business has been sustaining itself. از زمان آغاز آن, The Orphaned Earring has raised nearly $5,000 and helps feed about 30 kids a day in orphanages in Colombia, نیکاراگوئه, Guatemala, and Mexico.

Davida S. James had a big vision – to change the cultural landscape of Victor Valley. که در 2013, she founded the Victor Valley Arts and Education Center (VVAEC) in order to bring a new era of professional arts and culture to the area. When only a year old, the VVAEC received a grant of $10,000 from The Community Foundation of Riverside and San Bernardino Counties to implement a project that brought the arts to underserved populations, an impressive feat for a fledgling organization.

In addition to such programs, Davida’s biggest vision for Victor Valley is to build a state of the arts performing arts center. Davida is a UCLA alumna, with a degree in English. She also attended the Penn State Dickinson School of Law in Carlisle, PA. Davida spent 20 years in arts management for the UCLA Center for the Performing Arts and the Reichhold Center in St. Thomas, ایالات متحده. Virgin Islands handling theater budgets of up to $1.2 میلیون, marketing and box office operations.