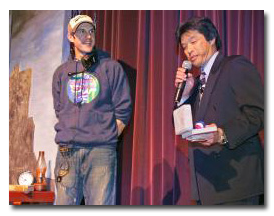 Billy Rugh is the founder of Creative Planet School of the Arts in Baldwin Park. He is also the school’s principal, teacher, choreographer, set designer, nurse and more. For all his hard work and dedication to the school and students, the David Chow Foundation honored him with the David Chow Humanitarian Award. Trustee, هری ونگ, presented Rughwith a $10,000 check and a medallion for his achievement of the Humanitarian award.The crowd cheered and gave Rugh a standing ovation. 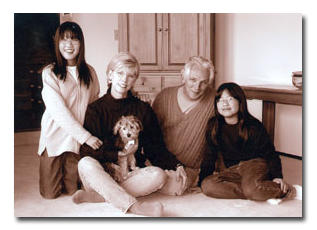 Barbara Bennie Rost and Terry Rost were nominated and recognized for being instrumental in the adoption of Chinese children. 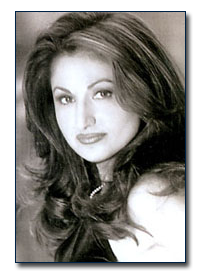 Finding an abandoned baby in the mountains of the San Gabriel Valley inspired Azita Milanian to create the “Children of One Planet” Foundation – a non-profit organization that promotes the well-being and health of children from all over the world.