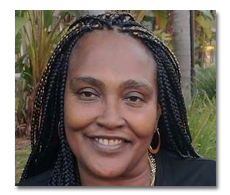 Courtney received her Doctorate of Naturopathic Medicine and her Master’s in Acupuncture and Oriental Medicine from Bastyr University. She performed her Residency at a general family practice clinic in the Vail Valley. She also teaches Pharmacology at the Colorado School of Traditional Chinese Medicine in Denver. She has worked and studied internationally, including three internships integrating Western Medicine and Chinese Medicine in China & Taiwan. Plus, she has advanced training in Pediatrics, Women’s Health and Fertility, Digestive Health, Visceral Manipulation, Homeopathy, and Detoxification/ Drug Recovery Support. 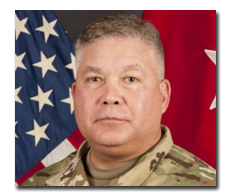 Denton Knapp is the Director of the Tierney Center for Veteran Services at Goodwill Industries of Orange County, Californie. He is an expert in leadership and character development, serving over 30 years as an Infantry Officer in the U.S. Army and Joint assignments. He retired honorably as a Colonel in May 2017. He continues to serve as a Brigadier General in the California State Guard as the Deputy Commander, 40th Infantry Division, California Army National Guard.

He currently serves as the Chairman for the Steering Committee of the Orange County Veterans & Military Families Collaborative; Deputy Commander, 40th Infantry Division, CA ARNG; Board Member, Greater Los Angeles Association of the United States Army; and Advisor, U.S. Veterans Business Alliance OC Chapter. He was recently selected to serve on the national advisory council to the Secretary of the Department of Veterans Affairs for Veteran Families, Caregivers, and Survivors. He is the Director of Federal Contracting for Patriot Source LLC, and serves as a training and development officer with Building Emergency Response Teams, Inc. His philanthropy includes veterans, suicide awareness, multiple sclerosis, and autism. He resides in Trabuco Canyon, Orange County, Californie. 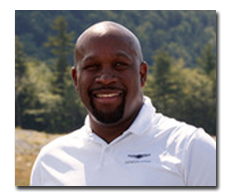 Raphael holds Bachelor degrees in chemistry and applied math from The Ohio State University, where he is a member of the Advisory Council to the Executive Dean of the College of Arts and Sciences. He is also a member of the Board of Directors of UCLA Health Systems. He is a decorated veteran of the US Army for 8 ans, most recently with the 416th Engineer Command. He continues as an appointed Army Reserve Ambassador for the State of California. 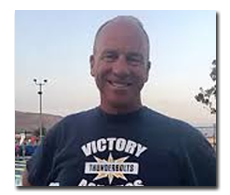 Coach Loren McCoy is training children from all walks of life and saving them from accidental drowning everyday, especially in San Bernardino County which has the highest rate of drowning in the country. À l'âge de 64, Coach Loren gets into the water year round to make sure that the children are learning the correct techniques and not hurting themselves. This style of teaching is much harder and rarely done anymore but Coach Loren believes that it’s necessary to physically show and effectively communicate to the children so they can survive in the water and swim well. Coach Loren’s knowledge and skills in water, and his effective ability to teach and train children from all walks of life make him an exceptional instructor. With his firm voice, determination, and willingness to train even the difficult and special children, Coach Loren is an exceptional head coach. Many families in San Bernardino are lower income and Victory Aquatics doesn’t turn students away. They find a way to get kids swimming and teach them the benefits of a team and sport.

Loren is the father to three children, Ian, Rachel and Roy Diego. En 1978, Loren graduated from the University of Kentucky which he attended on a four year athletic scholarship for swimming. After college Loren was the Head Age Group Coach for the Coronado Swim Association from 1979-1981, he was the Guatemalan National Swimming Coach where he developed eight Guatemalan swimmers for the 1984 Olympics in Los Angeles. Loren is also the 100th person to swim successfully from Catalina to the Coast of California in eighty years. 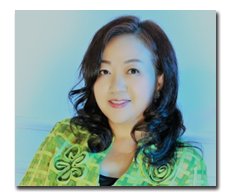 Lynn Tang is a film and Broadway musical producer. Before the entertainment industry, she was a Project Manager specializing in international business exchange and she has served as a management specialist for Fortune 500 companies. En 2008, she established ST Culture Advocacy to provide a forum for showcasing international cinema and awarding academic scholarships. Her charitable organization promotes understanding and collaboration among people from different cultures. Through the production of movies, film festivals, art, music, dance, and other venues, she has provided audiences the opportunity to see cultural activities from all over the world. Attending these productions and shows can change the individual’s perception of themselves and the world by raising awareness of a variety of universal issues. These experiences can make them more aware, appreciative, and understanding of people from other cultures and engaged members of our community. She was also able to promote individual career development by providing international film delegates the opportunity to network and share their talent with potential partners and others who would not otherwise have the opportunity to see them. She was also successful in helping students pursue their education and careers by providing a platform to develop their talents through academic scholarships and cultural events. Her programs have empowered people to drive positive change in themselves, their organizations, and society.

Patrick was born in 1967 and raised in Omaha, Nebraska. He excelled in athletics and academics and was already making money in small ways from home as a young entrepreneur. En 1986, PK graduated from Creighton Prep High School and went on to Creighton University where he met his teenage sweetheart, Mari, on their very first day of college. Patrick married Mari in 1990 and they have experienced all the joys and humor involved with raising six children—as well as the wrenching heartache and anguish of burying two other children—Patrick and Michaela. Depuis 1990 they have been involved in numerous business and ministry ventures, serving in various capacities: senior pastor, church planters, life coaches, business owners and consultants, missionaries and global entrepreneurial evangelists.

Sarah is a leader of the Rotary Club in Altadena, Californie. Through the Rotary Club, she organizes scholarships for local students, teachers, veterans, and young musicians. She has coached generations of young cellists for the National Children’s orchestra in the United Kingdom. She has been involved in numerous fundraising performances and album projects benefiting cancer research, children’s hospitals, and mental healthcare for veterans, youth and students with disabilities. Sarah was integral in the work that provided villagers in a remote area in Nepal with access to clean drinking water and their children with a school that was built and now served by volunteers and trained staff. She worked on a humanitarian venture that provides basic healthcare to individuals through a healthpost in the village of Mirge and a new hospital project that is close to completion in this underserved area. Through her fundraising work in Cambodia, lands have been cleared of landmines making the area safer for villagers. Sarah established the non-profit organization, Service Through Entrainment, Art and Music International Inc.