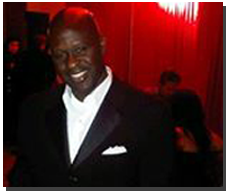 Alton Harding is the founder and president of Hands for Africa. Alton’s work provides prosthetics to amputees in Africa. A lot of these amputees are victims from a civil war back in early 1990s. He’s given fervent life and hope to these individuals. Those that didn’t have limbs, now have prosthetics that enable them to find work, to provide for their families, to stand proud with dignity and truly restore self-esteem in these individuals. Some have gone on to participate in recreational sports, such as soccer and cricket. Where others are grateful by the sheer reality of being able to stand up tall and take one step after the other. He has also built water wells, provided micro loans to countless individuals and student scholarships to the youth. His work has changed and added to the quality of life to so many and he continues his work vigorously and with passion and conviction.

Alton sets a true and genuine example for us all. Everyone that meets him is touched and inspired in one way or another to do good for the world. In his own words, “It doesn’t matter how big or small you give, so as long as you give what you genuinely can, you make change and create impact in the lives that need it more than you.” His work has greatly added to the quality of life of thousands, he has truly restored hope that was once lost, in countless individuals.

Alton cares about providing the means to self-sufficiency. If he is able to give those the ability to walk or the ability to use their arms to eat or to work and earn money, to finally carry their child in their arms, he’s restored one of the most important aspects of an individual’s existence, their identity. 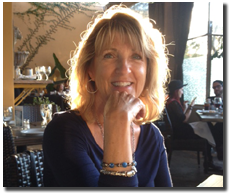 After years of her own personal medical struggles, Barbara Gray discovered the healing power of Physical Therapy and wanted to share the gift with those that lack access to such care. With this passion, Barbara, along with John Gray, Dan Jones and Yousef Ghandour, founded Physical Therapy For All, a new nonprofit organization located in San Diego, California. Physical Therapy For All helps those in need through recycling existing medical devices and equipment. 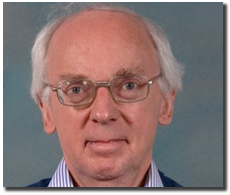 Council on Aging – Orange County (COAOC) was fortunate enough to have Shelley Woolery come to the Council nearly three decades ago. Her kindheartedness for this frail population is resilient and her willpower to change the lives of the seniors she serves is inspiring. In 1987, Shelley answered an ad in the Penny Saver to volunteer as a Long-Term Care Ombudsman a program at the Council on Aging – Orange County (COAOC).

Shelley completed the Ombudsman Training offered at Orange Coast College in late Fall of 1987 & began as a volunteer Ombudsman. The State of CA soon appointed the Long-Term Care Ombudsmen as the mandated reporting agency to receive and investigate elder abuse occurring in Long-Term Care facilities. With Shelley’s Social Work education and training, she was hired on January 26, 1988 to fill and develop the new position of Elder Abuse Prevention Coordinator. On July 1, 1998 she promoted to Ombudsman Coordinator. 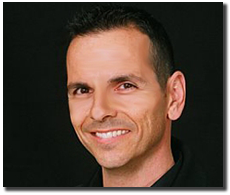 Santo Ragno is a first generation Italian American originally from the east coast. He works as a Travel Coordinator at Warner Bros Studios in Burbank, CA. He, along with his partner of 15 years, Billy Rugh co-founded Creative Planet School of the Arts. Creative Planet, School of the Arts is a private arts magnet dedicated to providing a space for accelerated Academic training, intense Arts education, creative expression, and community outreach. Creative Planet, a non-profit, private elementary school, provides students with personalized, high-energy instruction in both academics and the arts including all areas of dance, acting, music and visual arts. CPSOA offers an accelerated approach to K-8th grade academia that believes all students have the ability to achieve high levels of education when given the self-esteem, discipline, and opportunity to excel in a safe, nurturing and positive environment. In 2006, Santo received the Time Warner Andrew Heiskell Award Time Warner Chairman, Dick Parsons for his work with Creative Planet.

Santo met his partner Billy while singing with the Gay Men’s Chorus of Los Angeles in 2000. GMCLA, has been performing for more than 35 years. Santo has also toured with GMCLA to be the first gay chorus to sing in Moscow, St. Petersburg, Helsinki, Tallinn as well as the South American cities of Santiago, Montevideo, Buenos Aires, and Rio. Santo performed in concert in all these cities, while also reaching out to the AIDS community, providing nutritional supplies and moral support, assisting with budding gay choruses and providing general outreach to the LDBT communities.

In 2009 Santo and his partner Billy, along with 30 doctors and social workers, took six students from their school CPSOA to Arusha, Tanzania to work with local AIDS orphans, help set up an after-school arts program, and distribute food and mosquito netting to families. While there Santo, taught after-school visual arts classes with the students from the orphanage. 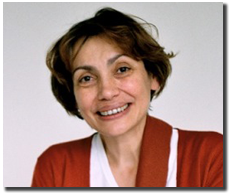 Elena Kabakchieva is the Chairwoman of The Health and Social Development Foundation (Hesed) which she founded in 1998. The Foundation is a leader in the development and implementation of a new approach for successful integration of the Roma community in Bulgaria. It is a social organization that breaks the vicious cycle of poverty and puts vulnerable groups on a positive path of development.
Elena and her colleagues work tirelessly to bring an effective service for planning family and
parenthood at an appropriate age and specific social and economic conditions in order to minimize the risk for institutionalization of children.

“As evidence of our success, the children in our programs raise their academic results five times compared to children in the community without access to programs for early childhood education and development.”

On May 11, 2014, a stolen sport utility vehicle swerved in traffic and crashed into a brick building in a rough area of downtown Chicago shortly before midnight. The driver of the damaged vehicle fled on foot while inside the vehicle lay a non-responsive child who had suffered blunt trauma. The child was removed from under the front seat by a civilian witness shortly before the vehicle burst into flames.

Arriving at the crash scene, Sergeant Clinton Sebastian sprang into action and performed CPR on the four-year-old boy whom he was able to resuscitate. The child was then taken by Fire Department ambulance to the University of Chicago’s Comer Children’s Hospital for recovery.

Sergeant Clinton Sebastian has distinguished himself in the line of duty on numerous occasions and is the recipient of the Superintendent award of Valor, 21 Department Commendations, 290 Honorable Mentions, 3 lifesaving awards as well as awards from the state and county level for valor and professionalism. The Mayor and the members of the Chicago City Council, assembled to recognize the heroic actions of Sergeant Clinton Sebastian and bestowed a commendation for his unwavering dedication and continued professionalism.

Although being devoted to the police department is a full time job, Clinton’s devotion to his family is also of the highest priority. Through the endless support of his family, he feels able to go to work every night and achieve his goals of helping fellow officers and the citizens of the city of Chicago.