Daniel Clarke Hales, attorney and the president of Citadel Law Corporation, is a leading member of the estate planning community. Mr. Hales is a licensed member of the California State Bar, and is a member of the State Bar’s special sections on Probate, Taxation and Estate Planning. He graduated from the J. Rueben Clark Law School at Brigham Young University with a Juris Doctor and also has an MBA from the Marriott School of Business Management.

Mr. Hales is a well-known speaker on advanced estate planning. He has lectured on the benefits of sound estate planning and advanced planning techniques at literally hundreds of public events, for financial institutions, leading corporations and for retirement communities and professional organizations. Mr. Hales has personally completed over ten thousand trusts and estate plans for his clients over the years and has placed over twenty billion dollars of assets in trust. 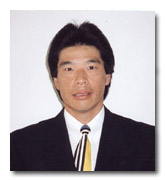 Harry Wong has been a General Partner of Wong Investments since 1998. He was a Director of Trust Savings Bank from 1981-1995 and prior to that, an Officer with Nam’s Restaurant, Inc. He has a BS in Business Administration from Chapman University and has been involved with martial arts training since 1967, earning a Black Belt at Kung Fu San Soo. Mr. Wong is also an active member of Gom Ben Village Society, the Screen Actors Guild, Boys Scouts of America Troop 168 and was active with the Eastside Optimist Club for almost twenty years.

Curtis F. Wong is the Publisher and President of C.F.W. Enterprises, Inc., which for over two decades published the top selling martial arts magazines in the industry (i.e. Inside Kung-Fu, Inside Karate, Inside Tae Kwon Do, Martial Arts Masters, Bruce Lee and Jackie Chan Specials and Martial Arts Legends), as well as other magazine titles such as Action Pursuit Games, Racquetball Illustrated, Outdoor Gear, Poweredge Skateboarding, Golf Lifestyle and others.
He is the President of 50/50 Video Communications Group, Inc.,and has produced well over 200 how-to videos and informercials. Mr. Wong has also appeared in numerous television shows as well as several feature films. 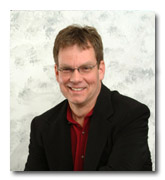 David Freeman – “Making the world a better place” is Mr. Freeman’s goal and purpose in life. As a graduate in business/marketing from USC, he was involved in many careers and businesses with a main devotion in the retail industry. Mr. Freeman’s personal passions include world travel, health, nutrition, and documentary production.

Rudolph Hill is CEO and President of an Employment Planning and Career Consulting Corporation. After attending both California State University at Los Angeles and Long Beach, Mr. Hill became a member of the Los Angeles Fire Department where he currently holds the rank of Chief Officer. He has 28 plus years of service to the Citizens of Los Angeles. Mr. Hill is also a certified Security Consultant and Background Investigator.
He has functioned as a youth coach, career mentor and has sat on numerous panels evaluating future leaders in business and public safety.